Podcast Available on iTunes and Spotify.

Hello, I’m Thomas Locke and this is Five Minutes, the podcast that brings you closer to the malaria experts.

A new study has found that fungus, genetically enhanced to produce spider toxin, can kill a large-number of malaria-carrying mosquitos. This novel approach is known as transgenic control, where genes from one organism are put into another. The research was led by entomologists at the University of Maryland. Brian Lovett is one of the authors of the paper.

I began by asking him why the Metarhizium fungi was chosen as the host for the toxin.

Metarhizium is something that we have been studying in our lab for decades and that science has been studying for centuries. This is a very well understood, very well known and useful fungal pathogen of insects. Regarding using the toxin from the spider, we have collaborators at the University of Queensland, in particular, Glenn King, who characterises these arthropod toxins very intricately. We know, not only that it’s specific to insects, but we know that it’s specific to two neuron channels in insects, the potassium the calcium channel.

You conducted your study in a sort-of bio-dome, or MosquitoSphere as you’ve dubbed it. Could you tell me more about the trials themselves that you’ve conducted in Burkina Faso?

This fungus naturally, the strain that we’re working with, has the ability to recognise that it’s on a mosquito. If it is on a mosquito, it will burrow through that mosquito and then, once it makes it into the blood of the mosquito, it completely changes forms. This fungus will change shape, it will produce an invisibility cloak made of collagen. So we can use these genes that are expressed only in the blood – the on-off switches of those genes – to only express our transgenes, these genes that we’ve introduced from a spider, in the blood of the insect and it’s only going to produce the toxin when it’s inside of an insect. We wanted to see if it would work in environmental conditions but, because it’s transgenic, we can’t just take it out into the field, we have to test it in a contained environment. So to do this, we got a grant from NIH to build a facility in a malaria-endemic village in Burkina Faso, Soumousso. In Soumousso, we built what we call a MosquitoSphere, which is essentially a really large greenhouse. But instead of having glass, it has a double wall of mosquito netting. It allows the environmental conditions in but prevents our fungus and the mosquitoes that we’re working with from getting out. With this system, we could introduce either no fungus, just an oily sheet or the unmodified fungus, which we spread onto black cotton cloth. We mix locally available sesame oil with the spores of this fungus, we could soak the cloth in that mixture and then, when you hang it up inside of these experimental huts, any mosquito that lands on that cloth is going to pick up over 100 spores of this fungus. With the transgenic fungus, that’s more than enough to kill the mosquito.

You tested the fungi with the Anopheles coluzzi mosquito which transmits malaria. But there are over one hundred species of mosquitoes that transmit the disease, how conceivable is it that this control method will be as effective with the other species?

I’m so glad that you’re familiar with the complexities of the Anopheles gambiae complex, and different mosquitoes that are spreading malaria. This is one major advantage of our technology, it’s specific to mosquitoes, but it’s not specific to one kind of mosquito. So, with a control method that requires mosquitoes to breed, you’re really limited to which species you’re targeting. But with this, you can use it in many different contexts, similar to how you can use chemical insecticides today.

You’re a bit of a trailblazer. This is the first transgenic control to be tested in the field. Given the huge success of your trials, what’s the next step?

The next step for us is not a scientific step. So what we reported in the study is scientific results, it’s a scientific milestone. But, before we step out of our MosquitoSphere, we have to satisfy a lot of other not scientific aspects of developing a new technology. So these are things like talking with regulators at all scales to make sure that we’ve satisfied their regulatory needs before we try to test this into the open field. And importantly, we have to engage the community in Burkina so that we can earn their acceptance of this product. So the next steps for us are really talking with the community, making sure they understand what we’re doing, trying to find out what their concerns are and trying to address those concerns as best we can so that we can earn acceptance from the community.

Brian Lovett, thank you so much for joining me.

That was Brian Lovett, of the University of Maryland, speaking to me about his research into transgenic malaria control, using the Metarhizium fungi and spider toxin to kill mosquitoes.

The Five Minutes podcast interviews key stakeholders in the fight against malaria.

Tracking Bednet Use in Uganda with a Remote Monitor

Bednets play an important role in fighting malaria. I speak with Paul Krezanoski about the unreliable mechanisms of monitoring bednet usage and his high-tech solution, the SmartNet.

The Matiscope is a non-invasive, bloodless method of malaria diagnosis. I speak with Brian Gitta, a Ugandan IT Specialist, who developed the technology 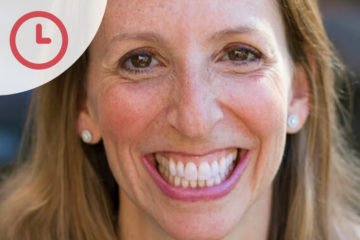 Where Are We in the Fight Against Malaria?

To take a look at where we are in the fight against malaria, I’m joined by Michal Fishman of Malaria No More. She’s co-chairs RBM's Strategic Communications Partner Committee, which brings together organisations to reduce the malaria burden.