Hello, I’m Thomas Locke and this is Fight Malaria.

Today, we’re taking a closer look at the mosquito’s attraction to human scent, and how decoding it could take the bite out of malaria.

Female mosquitoes have a strong attraction to humans; our blood provides the protein needed to nurture their eggs. A number of factors can draw mosquitoes to humans, including visual cues, carbon dioxide and, perhaps most importantly, human body odour.

Trying to decode this attraction and understand which chemical compounds mosquitoes are most attracted to is one of the aims of the Malaria Research Institute at the Bloomberg School of Public Health. I caught up with one of their leading scientists, Professor Conor McMeniman, in the lead up to World Malaria Day and the institute’s symposium on malaria research.

I began by asking why he believes that the mosquito’s sense of smell is particularly important to malaria elimination.

People will often say ‘mosquitoes are more attracted to me than they are my friends’. Do we know what mosquitos are most attracted to?

This is very much still an outstanding question and something that is the focus of my research program at Johns Hopkins Malaria Research Institute. It’s thought that mosquitoes hone in on carbon dioxide that we all exhale in our breath as a byproduct of cellular respiration. Carbon dioxide, however, is really a universal cue for living organisms. So to seek out humans and to hunt humans, anopheline mosquitoes are also likely picking up on other chemicals present in our body odour. These chemicals are produced by our primary metabolism and also the microbiome that lives on our skin that metabolises those compounds to release other compounds. So, it’s still very unknown what that chemical blend is, but we know some of the components.

Olfaction, or the sense of smell, is really important to locate humans from a distance. But once they land, they can also taste with specialized neurons found on the proboscis, which is their mouthparts, but also on their feet, so they can actually taste the skin and evaluate whether that’s someone that would be tasty to bite.

As you mentioned, you’re part of the Malaria Research Institute at the Bloomberg School of Public Health. Could you tell me more about what you’re doing there in terms of your research and also overseas in Zambia?

Absolutely, so my laboratory is really focused on the sensory neurobiology of mosquito attraction to humans. In the lab, we carry out a number of different programmes to gain insight into this question. For instance, we use genome engineering methods such as CRISPR cas9 to dissect the chemosensory neural circuitry that the mosquitoes use to find humans. So, as I described, the mosquito has specialised chemosensory neurons that express chemoreceptors, and so using CRISPR has genome engineering, we can hack our way into those neurons to gain genetic access to them and then use microscopy to see how the smell system of the mosquito is wired and arranged to gain a fundamental understanding of how their sense of smell works.

Secondly, we do functional imaging from the olfactory system, or their sense of smell, as the mosquito smells odours present in human odour, for instance. So we use specialized microscopy, equivalent to a brain scan for mosquitoes, I guess you could say, to visualize how the old factory system responds to different signature components of human scent.

Finally, we employ chemistry to profile the chemical signatures found in human body odour from different human volunteers. From a behavioural perspective, in the lab at Hopkins, we have different assays that we can use to quantify mosquito attraction to human scent, and recently in Zambia, we’ve created a very large flight cage facility, around 20 metres by 20 metres wide. We have developed a way to track the malaria mosquito as it seeks out human odour that is ducted from a human sleeping in a tent nearby to assess how attractive the individual human is. And then we can also pit the human against other humans in this set up to really screen for humans that are really attractive to mosquitoes.

Looking more long term, how might this kind of research translate into malaria control?

This is another focus of my research program, to try and use this fundamental understanding of the mechanics of mosquito olfaction to create low-cost applied solutions to control malaria. We hope to identify and blend together synthetic chemical blends to create highly attractive lures for mosquitoes that could be used to complement and integrate with other existing malaria control strategies, such as indoor residual spraying and insecticide-treated bed nets. So low cost, highly effective, efficient technology is what we’re aiming for.

It often comes back to that, doesn’t it? The idea of layering different interventions. You’re giving a talk at the Institute’s World Malaria Day symposium titled ‘Decoding Anopheles gambiae attraction to human scent’. What can people expect from that talk?

In this talk, I’m going to give an overview of my lab’s progress towards illuminating the molecular mechanics of how Anopheles gambiae actually targets human hosts. And I will present an overview of our semi-field facility assay that we’ve recently created in Zambia that I think really provides an innovative platform to screen for humans that are particularly attractive to humans. And finally, answer the question, why are some people more attracted to mosquitoes than others?

At the end, I’ll also provide really exciting data, hot off the press in our lab, that is aiming to use genetic techniques such as CRISPR cas9 genome engineering to highlight neurons in the mosquito brain that sense carboxylic acids, which are really stinky components of human sweat, and we think these neurons might be particularly important for Anopheles gambiae finding humans.

Conor McMeniman, thank you very much.

From gene-editing to Artificial Intelligence (AI), we explore pertinent issues concerning the modern-day fight against malaria. 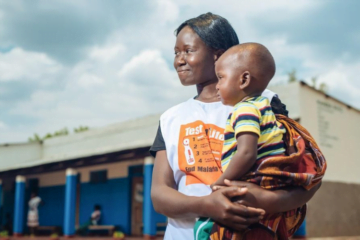 Controlling malaria is a complicated affair. I speak with John Miller of the global health nonprofit PATH on the role of mass drug administration in reducing malaria prevalence. 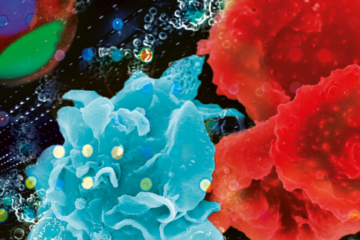 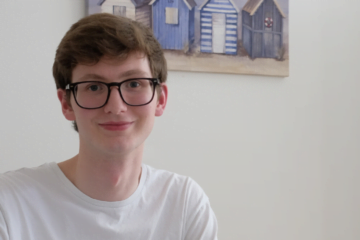 How Will Malaria Control Programmes Change in the COVID Pandemic?

An interview with Dr Melanie Renshaw, Chief Policy Officer of the RBM Partnership to End Malaria, to discuss progress against malaria, the funding gap and how access to core malaria interventions will be maintained during the COVID pandemic.